I Heard the Bells on Christmas Day sung by Johnny Cash.

This carol is my own personal favorite.  I Heard the Bells on Christmas Day is unusual in that there is no reference to the Christ child, manger, Holy Family, shepherds, Magi, or even the Herald Angels.  Instead, if focuses on the message of those angels amid the ghastly carnage of war.  It was written not by famed Unitarian hymnist Samuel Longfellow, but by his brother Henry Wadsworth Longfellow, then America’s most honored and adored poet who had created national epics like The Courtship of Miles Standish, The Song of Hiawatha, and Evangeline as well as the school recital pieces The Midnight Ride of Paul Revere and The Village Blacksmith. 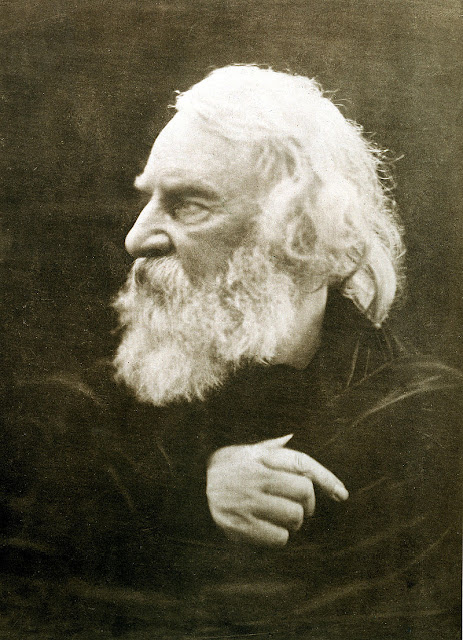 America's most beloved poet Henry Wadsworth Longfellow in 1866, three years after penning I Heard the Bells on Christmas Day.


Longfellow was 56 years old, teaching at Harvard, and living in Cambridge, Massachusetts in 1863.  He had lost his beloved second wife, Frances Elizabeth Appleton, two years earlier in a grizzly accident when her dress caught on fire.  To compound his sorrow the Civil War was raging.  Like many New Englanders he was an ardent opponent of slavery but had also embraced pacifism since the Mexican War.  He was deeply conflicted about the war.  His eldest son, Charles Appleton Longfellow, enlisted in the Union Army in March against his father’s wishes and was commissioned a Lieutenant.  Charles was severely wounded in November at the Battle of New Hope Church in Virginia.  The young man’s life hung in the balance.

But just before Christmas Longfellow got word that his son would survive.  On Christmas morning, hearing the local church bells ring, the poet set down and wrote I Heard the Bells on Christmas Day.  It was as much an anguished plea for peace as it was a conventional Christmas piece. 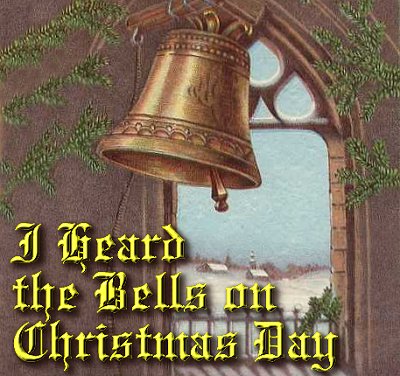 I Heard the Bells on Christmas Day

I heard the bells on Christmas Day
Their old, familiar carols play,
And wild and sweet
The words repeat
Of peace on earth, good-will to men!

And thought how, as the day had come,
The belfries of all Christendom
Had rolled along
The unbroken song
Of peace on earth, good-will to men!

Till ringing, singing on its way,
The world revolved from night to day,
A voice, a chime,
A chant sublime
Of peace on earth, good-will to men!

Then from each black, accursed mouth
The cannon thundered in the South,
And with the sound
The carols drowned
Of peace on earth, good-will to men!

It was as if an earthquake rent
The hearth-stones of a continent,
And made forlorn
The households born
Of peace on earth, good-will to men!

Then pealed the bells more loud and deep:
“God is not dead, nor doth He sleep;
The Wrong shall fail,
The Right prevail,
With peace on earth, good-will to men.”

The poem was first published in Our Young Folks, a juvenile magazine published by Ticknor & Fields of Boston in February 1865 as the war was entering its bloody final months.

It was not set to music until an English organist, John Baptiste Calkin, used the poem in a processional accompanied with a melody, the Waltham, which he had used for another hymn in 1848.  Although other settings were used, Calkin’s became for many years the standard and remains the version most heard in Britain and Commonwealth countries.

In published texts of the song two of Longfellow’s verses that most directly referred to the Civil War are usually omitted making the song more universal. 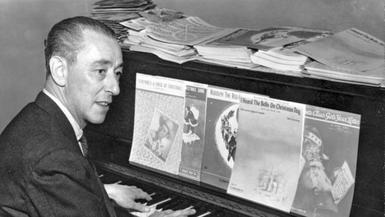 Song writer Johnny Marks, composer of Rudolph the Red-nosed Reindeer was a prolific holiday music specialist but his haunting setting for I Heard the Bells on Christmas Eve was a departure from his usual seasonal novelty songs.  He considered it his greatest accomplishment.


In 1952 Christmas music specialist Johnny Marks departed from his usual novelty songs for children like Rudolph the Red Nosed Reindeer to create a lovely and reverent new melody for Longfellow’s words which has become the new standard in the United States.  In 1956 Bing Crosby had a mid-level hit with the song and joked to Marks “You finally got a decent lyricist.” 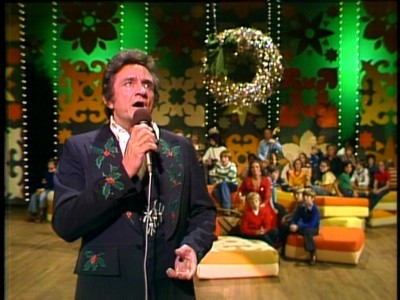 Johnny Cash on one of his annual Christmas TV specials in an exceptionally festive suit.


Other notable recordings of the Marks version were made by Kate Smith, Frank Sinatra, Harry Belafonte, Burl Ives, and The Carpenters.  Today we feature Johnny Cash who captured some of the anguish and relief of Longfellow’s words on his third full-length Christmas album Classic Christmas on Columbia Records in 1980.