The Wren in the Furze by the Chieftains.

Today is the second day of the 12 Days of Christmas, a day with multiple personalities as we will see.

The Brits and the residents of other former pink blotches on Queen Victoria’s globe like many Americans usually spend today, Boxing Day, storming the malls and shops on what is the busiest retail sales day of the year. Disgruntled gift recipients hit the refund and exchange desks while others spend the gift cards and even old fashion cash.   But unlike Yanks they do it on an official National Holiday as a paid day off.  Officially December 26 is just another Bank Holiday.  But Boxing Day is a treasured tradition with long and deep roots. 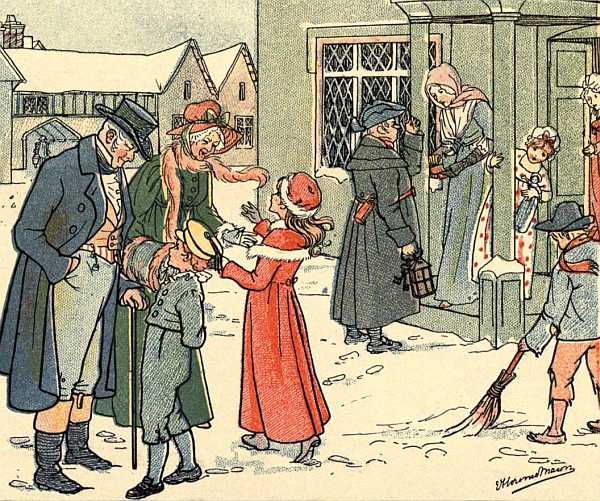 On Boxing Day an early Victorian middle class family gives the postman a small gift.  The urchin sweeping the snow will also get something for his efforts.

The celebration in the British Isles owes its origins to the aristocracy, gentry, and wealthy townsmen and their households.  The master would give presents to his servants and staff, who would also have the day off work.  Sometimes the master’s family would even serve meals to their inferiors!  Needless to say, this custom was very popular among the servants, and sometimes observed resentfully by those unaccustomed to either manual labor or generosity.

It is also a remnant of an ancient tradition that may—or may not—go back to the Roman celebrations of Saturnalia and Sol Invictus, when there was a carnival-like turn around with slaves lording over masters for a day.  The tradition continued into the Middle Ages on into Elizabethan times, where it took on the wild excesses of street revelry.

That revelry doomed the whole season when Oliver Cromwell and his Puritans took over.  Eventually, Boxing Day restored a controlled dollop of the old festival.  The Church of England gave a religious cover to the day as St. Stephen’s Day. 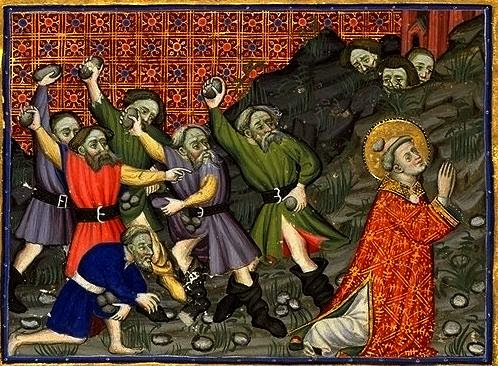 St. Stephen's Day celebrates the death by stoning in Jerusalem of the first Christian martyr.  This stained glass and other images also stoked anti-Semitic hatred which led to the 1296  Edict of Expulsion of the Jews by King Edward I of England which remained in force for more than 350 years.

Stephen was the Deacon of Jerusalem the earliest days of Christianity known for his charities to the poor.  He was also the first Christian martyr, stoned to death for allegedly preaching the Trinity in the Temple.

The carol Good King Wenceslas is most closely associated with St. Stephen’s Day along with the street begging We Wish You a Merry Christmas.  It tells a story of a Bohemian ruler going on a journey and braving harsh winter weather to give alms to a poor peasant on the Feast of Stephen.  During the journey, his page is about to give up the struggle against the cold and drifting snow but is enabled to continue by following his master’s footprints.

The legend is based on the life of the historical Saint Wenceslaus I, Duke of Bohemia who was murdered and martyred in 935. Wenceslas was considered a martyr and saint immediately after his death, when a cult grew up in Bohemia and in England. Within a few decades, four biographies of him were in circulation which had a powerful influence on the High Middle Ages concept of the rex justus (righteous king), a monarch whose power stems mainly from his great piety and charity—an idea like chivalry honored more in bardic tradition than actually observed. 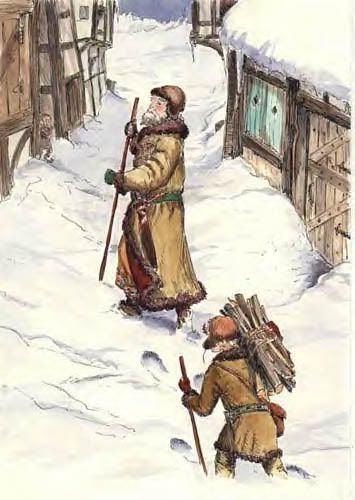 Wenceslaus, Duke of Bavaria, in legend waded through the snow to deliver firewood to a freezing peasant on St. Stephen's Day.  Although the nobleman got credit for this charity, his young page did all of the heavy work and almost floundered in his master's footsteps.  In some illustration the Duke is shown helping his servant, but most like this show him pressing on unconcerned.  Sometimes the page is poorly dressed for the cold in near rags.

In the Bank Holidays Act of 1871, Parliament recognized Boxing Day as a Bank Holiday—an officially recognized public holiday.  While time off from work was not originally mandatory, it has become nearly universal.

The holiday spread across the Empire and is still official in Canada, Australia, New Zealand, and other Commonwealth countries.  In South Africa it was re-named The Day of Goodwill in 1994. 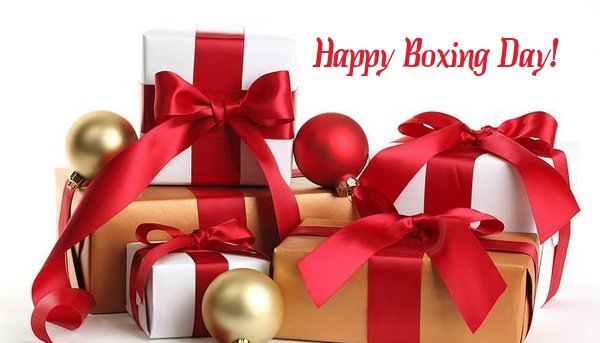 Today small gifts are still given trades people and service workers, but in Britain the day has become all about shopping.  It is the biggest shopping day of the year and has been compared to American Black Friday, the day after Thanksgiving.  Stores mark the day with huge sales.

It is also a day of sport.  Football—that’s soccer to Americans—and Rugby leagues hold full schedules of games, teams usually playing their most serious rivals.  There were also prestige horse races and for the country gentry mounted fox hunts—more recently due to a bitterly resented law, sans fox.  The toffs are no longer allowed to chase real fox, but still got to ride to the hounds chasing a scented bait, although even that may soon be banned. 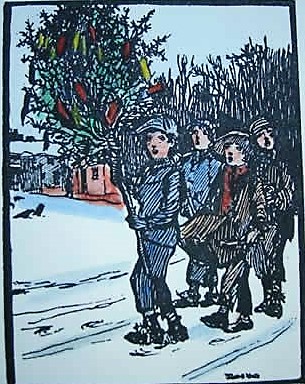 Irish lads parade and sing for food, drink, and coins on Wren Day.  In former time a dead wren pierced by a sprig of holly was sometimes carried.  Other times the bird was alive but caged  and could be released for especially generous gifts.

It is also known there as Wren’s Day.  Boys in homemade hats and costumes carry a caged wren—or in past days, a dead one pierced by a holly sprig—proclaiming it the king of the birds and begging for treats.  Once a fading country custom, in the cities men now reenact it—often as a pub crawl. 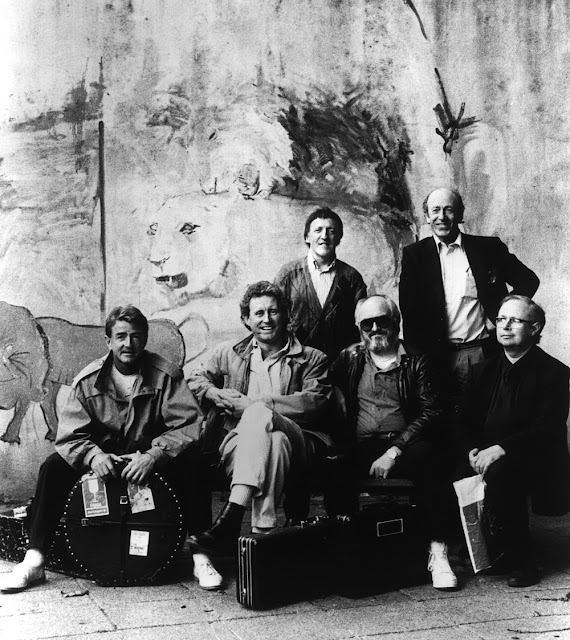 Paddy Moloney founded the Chieftains in 1963.  The earliest recorded incarnation of the group consisted of Moloney on uillean pipes, Sean Potts on tin whistle, Martin Fay on fiddle, David Fallon on bodhran, Mick Tubridy on flute and concertina, and Sean Ó Riada.  Others joined or played with the group since the ‘70’s.  The much revered Moloney passed away this year in October at the age of 83.

Today we turn to the Irish tradition with the legendary Chieftains.  Wren in the Furze was on their 1991 double album The Bell of Dublin which also included a slew of guest artists including Elvis Costello, Jackson Brown, Kate and Anna McGarrigle, Marianne Faithfull, Nanci Griffith, Rickie Lee Jones, and Burgess Meredith as a narrator.  I dare you to keep your feet still during this romp.

Posted by Patrick Murfin at 6:31 AM