Today we have a brand spanking new Christmas song that may have legs if holiday radio can break out of its rut of a short rotation a comfortably familiar chestnuts.  In recent years only pop superstars and country music divas have been able to stake a claim.  Today’s artist, while well honored and popular, is pegged as a jazz chanteuse an offramp from the mainstream.

Nora Jones was born Geethali Norah Jones Shankar on March 30, 1979 in New York City to Indian classical sitar player Ravi Shankar who burst on the western musical scene with an introduction by the Beatles and American concert producer Sue Jones.  After the couple broke up she was raised by her mother in Grapevine, Texas quirky, artsy counter cultural outpost near Dallas.  As a child, Jones sang in her local Methodist Church where she regularly had solos. She attended Colleyville Middle School and Grapevine High School before transferring to Booker T. Washington High School for the Performing and Visual Arts in Dallas where she sang in the school choir and played alto saxophone in band.  She was heavily influenced by her mother’s extensive record collection especially by jazz pianist Bill Evans and Billie Holiday. 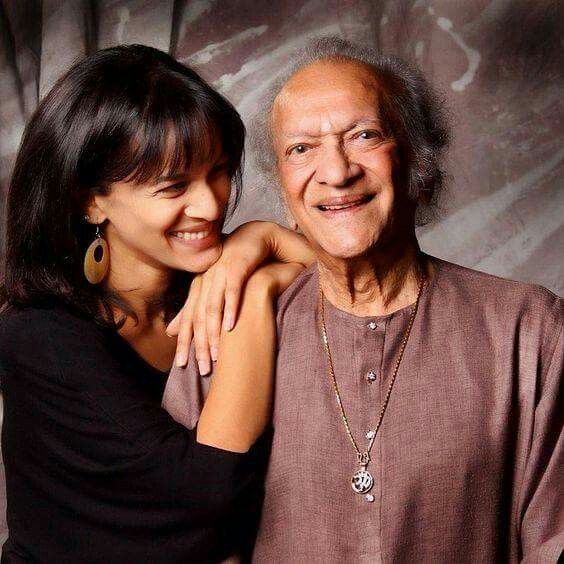 Nora Jones and her father Ravi Shankar.  After a period of estrangement the two reconciled and she traveled to India and recorded with her father and older sister, also a famous sitarist.


At the age of 16, with both parents’ consent, she officially changed her name to Norah Jones, removing the Indian elements from her name.  As a result, and because of her light coffee colored completion, Jones was later assumed by some to be the daughter of composer/arranger/producer Quincy Jones.

She was already a rising star.  She attended Interlochen Center for the Arts during the summers and won the Down Beat Student Music Awards for Best Jazz Vocalist twice, in 1996 and 1997) and for Best Original Composition in ‘96).

Jones attended the University of North Texas (UNT), where she majored in jazz piano and sang with the UNT Jazz Singers. During this time, she had a chance meeting with future collaborator Jesse Harris. She gave a ride to a band playing at the university whose members happened to be friends of Harris. He was on a cross-country road trip with friend and future Little Willies member Richard Julian and stopped to see the band play. After meeting Jones, Harris started sending her lead sheets of his songs. 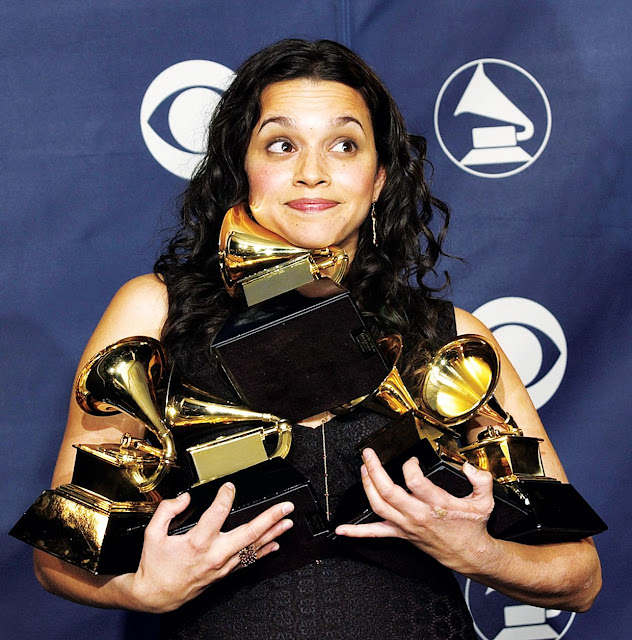 Jones loaded down with five Grammy Awards in 2003.


In 1999 at just 20 years old, Jones left Texas for New York City. Less than a year later, she started a band with Harris, and her recordings with them were bestsellers.  He debut album Come Away with Me in 2002 reached #1 on the U.S. Billboard 200. The single Don’t Know Why hit #1 on the Top 40 Adult Recurrents in 2003 and #30 on the Billboard Hot 100 Singles Chart. At the 45th a Grammy Awards in 2003, Jones was nominated for eight Awards and won five—Best New Artist, Album of the Year, Best Pop Vocal Album, Record of the Year, and Best Female Pop Vocal Performance for Don’t Know Why. This tied her with Lauryn Hill and Alicia Keys for most Grammys received by a female artist in one night. Jesse Harris won Song of the Year for while Come Away with Me was certified platinum by the Recording Industry Association of America (RIAA) for having sold one million copies and in February 2005, it was certified diamond for selling ten million copies.

Such instant success put a lot of pressure on a young artist, but Jones seemed up for the challenge.  Her six follow up studio albums through 2020 were all critical and popular successes even if they never quite matched the sales of her first.  She toured almost yearly as a solo or with a band and was in demand on TV including Saturday Night Live, late night programs, Sesame Street, and as a guest on several specials. 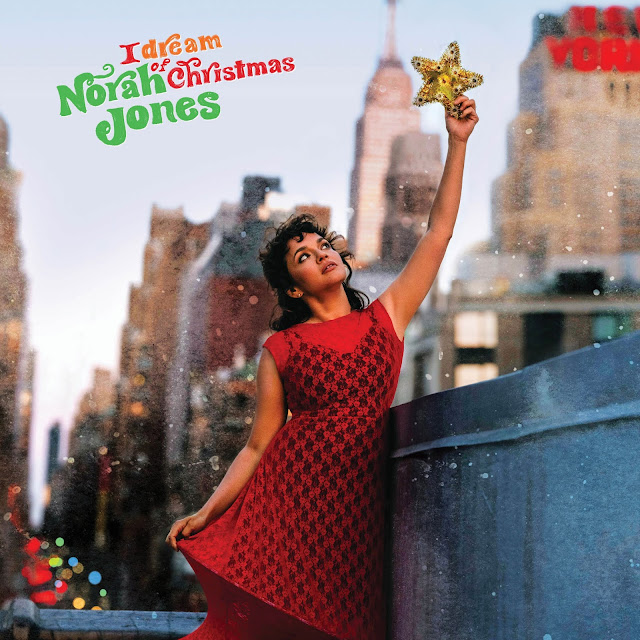 
Jones took the enforced lay-off of the Coronavirus pandemic to work on the material for I Dream of Christmas, her first holiday album which was released by Blue Note Records this October.  It included a mix of six original tunes new interpretations of some seasonal favorites.  Christmas Calling (Jolly Jones) is the first single off the album and the video is a delightful bicycle tour of New York with Nora and a mass Santa escort.

Posted by Patrick Murfin at 7:42 AM