Last week CBS broadcast the Kennedy Center Honors.  First up for recognition was Joni Mitchell, who now stands and walks with difficulty since recovering from a devastating 2015 brain aneurysm rupture but was in good spirits as the story of her life unfolded on stage along with many of her finest songs.  Among them was River from her 1971 album Blue sung by Brandi Carlile.  It was a breathtaking, wounded, and personal song off the most highly regarded album of her long career.  It is also a Christmas song like none you ever heard before or since. 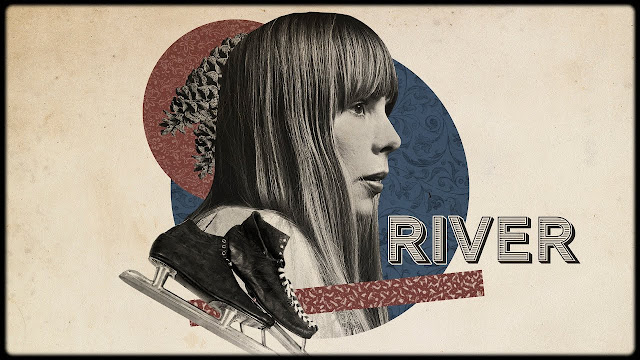 Mitchell, of course, is the iconic Canadian singer/songwriter, who emerged from the mid-Sixties folk coffee house scene to become one of the major composers and musical innovators of her generation.  Childhood polio weakened her left hand making some traditional guitar chording difficult, so she developed a unique open tuning style that liberated her from many conventions.

Her first success came as songwriter.  Tom Rush recorded Urge for Going which was also covered by George Hamilton IV as a #5 hit on the Country Music Buffy Sainte-Marie came out with The Circle Game.  Judy Collins covered Both Sides Now before Joni could record it. 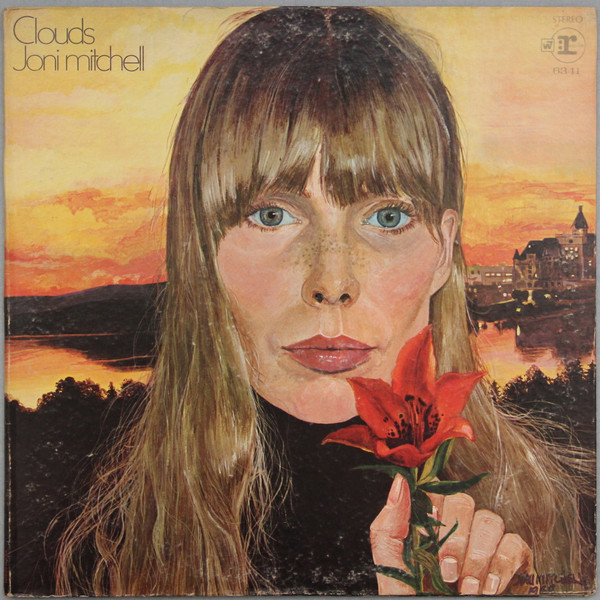 Like most of her albums Clouds featured original artwork by Mitchell herself.


He first album released in 1968 Joni Mitchell or Song to a Seagull was a deceptively simple solo with just Joni and her guitar and was produced by David Crosby.   It featured Michael from Mountains but none of her original songs covered by others.  Not a huge seller, it became a folk cult hit, and led to bookings across the U.S. and Canada that built a following.  The follow-up, Clouds, which was released in April 1969 and contained Mitchell’s own versions of some of her songs already recorded and performed by other artists. The covers of both LPs were designed and painted by Mitchell a blending of her painting and music that she continued throughout her career. Clouds won her first Grammy Award in 1970 as Best Folk Performance.

Mitchell did not make it to the Woodstock Festival where her friend Crosby and her current love interest Graham Nash debuted the powerhouse super trio Crosby, Stills and Nash.  On her agent’s advise she honored a commitment to appear on the Dick Cavett Show instead.  Viewing TV coverage of the festival in her New York City hotel room, she dashed off Woodstock which became a generational anthem and catapulted her to superstardom.  Crosby, Stills, Nash and Young recorded it first and the song was played under the closing credits of the documentary film Woodstock released March 1970. 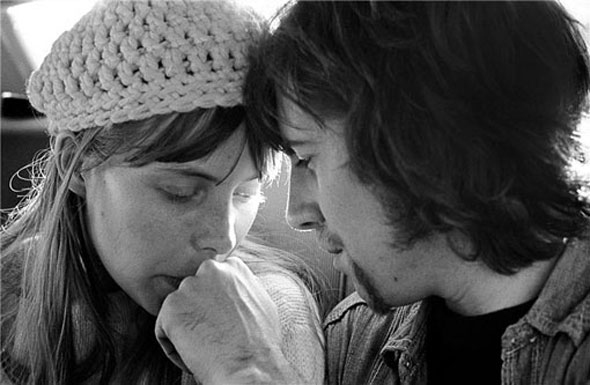 Mitchel with her lover Graham Nash.


Joni’s own version was included in her next album Ladies of the Canyon which was largely inspired by her move to Malibu Canyon in California and the close, almost incestuous community of musicians and artists there, including Nash and Crosby.  The album also included the environmental anthem Big Yellow Taxi. The LP was an instant smash on FM radio and became Mitchell’s first certified Gold Album.

Seemingly at the crest of her popularity, Joni decided to take a break from touring and recording to go to Europe to concentrate on painting, composing, and finding herself.  Her relationship with Nash was already shaky and while she was gone he sent her a telegram ending it.  She had a short but intense relationship with an American named Cary Raditz, who was the “redneck on a Grecian Isle” during her stay on Crete.  Later, she entered a passionate affair with James Taylor who she has said could have been “the love of my life” that ended due to his own rise to stardom and his heroin addiction. 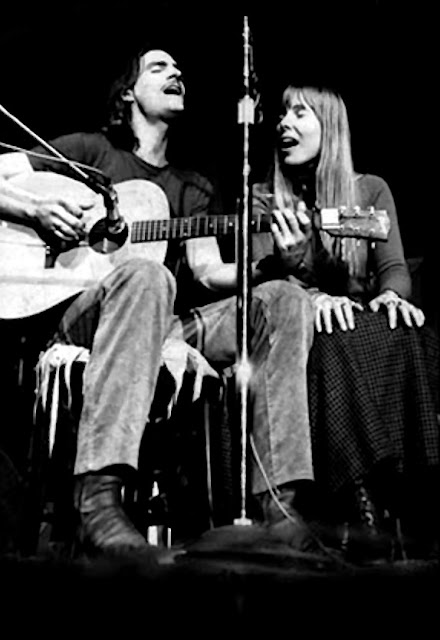 James Taylor performing with Joni Mitchell.  He could have been the love of her life but his heroine addiction got in the way.


Taylor Swift and Adelle have specialized in sometimes wrenching self-confession about their love lives in their music.  Mitchel did it first.  The album Blue plumbed all of those failed relationships.  River was inspired by the break-up with Nash.  In a 1979 interview she recalled.

The Blue album, there’s hardly a dishonest note in the vocals. At that period of my life, I had no personal defenses. I felt like a cellophane wrapper on a pack of cigarettes. I felt like I had absolutely no secrets from the world and I couldn’t pretend in my life to be strong. Or to be happy. But the advantage of it in the music was that there were no defenses there either. 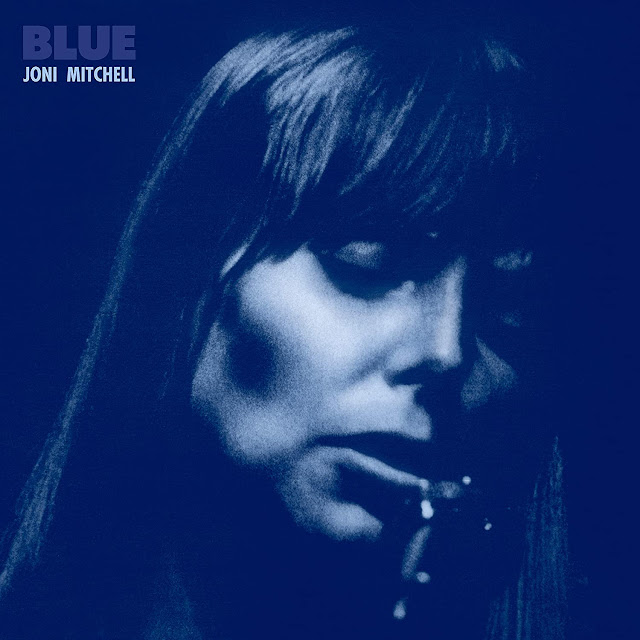 Blue was Mitchell's most critically acclaimed album and also her most raw and revelatory.

Mitchell continued to have a remarkable, productive career.  She went on to explore new genres including jazz, R&B, Rock & Roll, classical and non-western forms.  She has received many accolades, including nine Grammy Awards and induction into the Rock and Roll Hall of Fame in 1997.  Rolling Stone called her “one of the greatest songwriters ever” and AllMusic said, “When the dust settles, Joni Mitchell may stand as the most important and influential female recording artist of the late 20th century.”

Her last studio album Shine was released in 2007.

Posted by Patrick Murfin at 8:18 AM