It's Beginning to Look a Lot Like Christmas sung by Johnny Mathis.

Note—This is the latest the Festival has ever featured this American pop Christmas standard.  It usually runs shortly after Thanksgiving as seasonal decorations and music seem to explode around us.  This year here in Northern Illinois we have the decorations and music, but we have hardly been touched by more than aimless snow flurries, so we are missing that white Christmas look.  Perhaps in a few days it will begin to snow on cue like it does in all of the cable rom-coms as the star-crossed lovers overcome all on Christmas Eve.

There are many subsets in the category of the Golden Age of American Popular Christmas Song.  One might be called the secular Advent songs—tunes that conjure up the growing excitement of the Holiday season invoking winter scenes, decorations, shopping, and general merriment.  At their best they deftly mixed daubs of nostalgia, with a snappy, jazzy modernity.  They could evoke the rustic past but were most at home in bustling urban streets.

Perhaps the most beloved of the genre was It’s Beginning to Look a Lot Like Christmas written in 1951 by Meredith Willson then a prolific pop composer and the musical director of poplar radio programs like The Big Show hosted by actress Tallulah Bankhead and the Jack Benny Show.  Later he would become best known for his mega-hit Broadway shows, The Music Man and The Unsinkable Molly Brown. 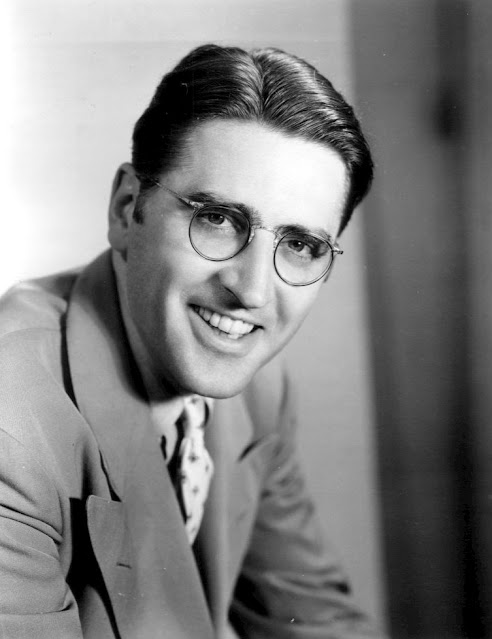 Meredith Willson in his radio days.

The original hit recording was laid down on September 18, 1951 by Perry Como and The Fontane Sisters with Mitchell Ayres and His Orchestra.  Less than two weeks later the ultra-prolific Bing Crosby, who seemingly recorded every promising new song and was already carving out a special niche as the voice of Christmas, made his own version which also charted that season.

Many cover versions have followed, most importantly by Johnny Mathis on his 1986 fourth album holiday album Christmas Eve with Johnny Mathis.  After that version was featured in the film Home Alone 2: Lost in New York eight years later, it was re-released as a single.  Mathis’s version is perennially in the list of top ten favorite contemporary Christmas songs. 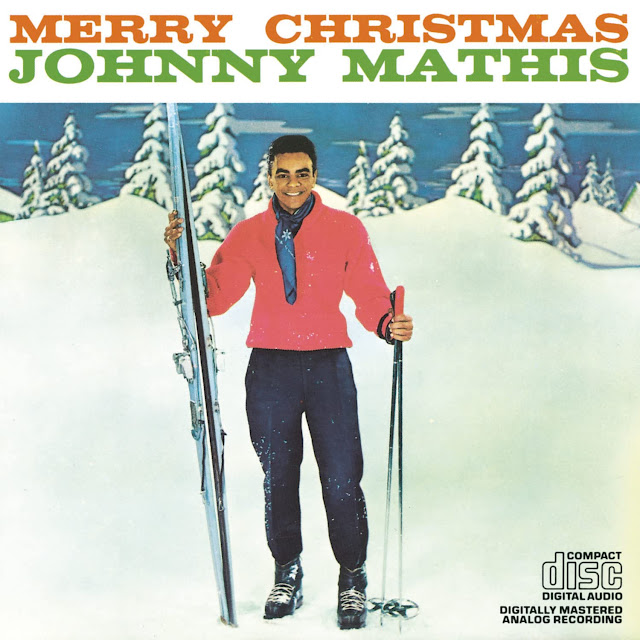 Mathis released Merry Christmas, the first of five original holiday albums and innumerable repackaging's, in his break out year, 1958.

Johnny Mathis was born in Gilmer, Texas, on September 30, 1935 into a large Black family with some Native American roots.  The family moved to San Francisco where his father, a former vaudevillian encouraged his musical interests with piano lessons and teaching him American standards like My Blue Heaven.  When he was 13, he began training with voice teacher Connie Cox in exchange for work around her house.  Mathis studied with Cox for six years, learning vocal scales and exercises, voice production, classical, and operatic singing.  Through his teenage years he sang for friends and family, at school and church functions, and began to make local professional appearances.

But Mathis was also a star athlete at George Washington High School and San Francisco State College as an outstanding high jumper and hurdler and a basketball player so gifted he was compared to his local contemporary Bill Russel in the local press.  He seemed destined for the Olympics and then a NBA career.

It was not to be.  Helen Nagas, owner of the Black Hawk Club was impressed by the handsome young singer and became his mentor and agent.  After getting him bookings in prestigious San Francisco nightclubs she introduced him to George Avakian, head of Popular Music A&R at Columbia Records, who wired company headquarters in New York, “Have found phenomenal 19-year-old boy who could go all the way. Send blank contracts.”

On his father’s advice, Mathis passed on his Olympic trials to go to New York to make his first recordings.  His first album of jazz infused numbers, Johnny Mathis: A New Sound In Popular Song, released in late 1956 did not sell well but he played top Big Apple clubs.  After that Columbia vice-president and top producer Mitch Miller took charge and had him focus on soft, romantic ballads and paired him with conductor and arranger Ray Conniff.  His first two singles, Wonderful! Wonderful! and It’s Not for Me to Say were huge hits.  After appearing on the Ed Sullivan Show in June 1967 he followed up with another big hit Chances Are and began making a series of popular albums. 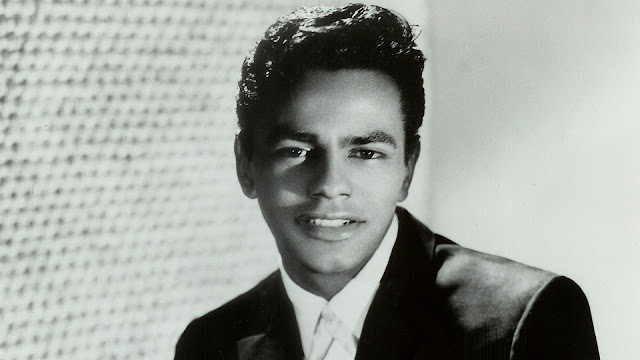 Young Johnny Mathis in the recording studio circa 1957.

Mathis, only 22 years old in his breakout year, occupied a unique niche in pop music.  He was cast as balladeer in the tradition of Bing Crosby, Perry Como, and Nat King Cole.  His youthful good looks and relatively light skin helped make him acceptable to the conservative White audiences that Miller targeted.  He was not a blues wailer, jazz stylist, or a rock & roller.

March 1958, less than two years into his recording career Johnny’s Greatest Hits was released. The album spent an unprecedented 490 consecutive weeks through 1967—nine and a half years—on the Billboard top 200 album charts including three weeks at #1. It held the record for the most number of weeks on the chart in the US for 15 years until Pink Floyd’s The Dark Side of the Moon reached 491 weeks in October 1983.

He was soon a millionaire ensconced in a Hollywood home built by billionaire Howard Hughes—a home he lost in a fire in 2015 after living in it for 56 years.  But his string of best-selling albums and hit singles seemed to come to an end during the British invasion of the mid-Sixties.   His six Christmas albums revived his career. 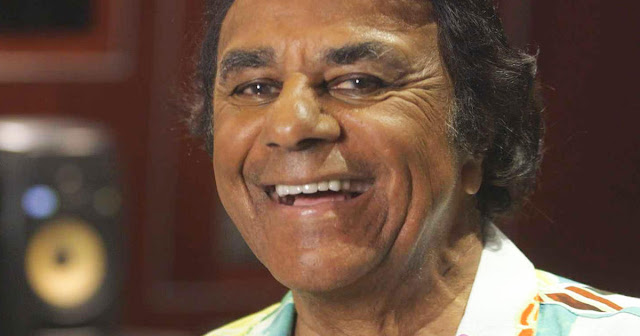 Mathis in a recent photo.

In 2017 Mathis finally confirmed that he was gay after dodging the issue for several years.  He blamed “generational issues” and death threats after a 1982 US Magazine first outed him for his long-time reluctance to speak out.

Mathis is still active and performing at age 86, the last of the singers and entertainers most associated with Christmas music—Jean Autry, Crosby, Como, Cole, Andy Williams, Ella Fitzgerald, and Karen Carpenter.