The Holly and the Ivy sung by Annie Lennox.

Today we feature one of the oldest English carols, The Holly and the Ivy.  Its origins are shrouded in the mist of time.  Pagan greenery was anointed with Christian symbolism.

The most familiar melody of several that have been set to the is very old and resembles the songs of the Tudor era 1485–1602 which is why it is a favorite of Madrigal Singers. 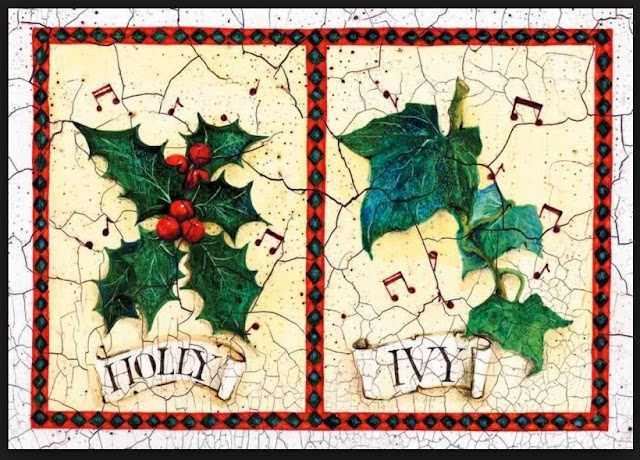 The earliest surviving mention of the song in print occurred in the early 19th Century when collecting folk music became fashionable.  The earliest recorded version of the lyrics was in a broadside published by H. Wadsworth in Birmingham between 1814 and ’18.  Later Victorian sources claimed that it was on a now lost broadside published about 1710.  Variations of the words were reproduced and the form in which they are most usually sung now first appeared in Cecil Sharp’s 1911 collection English Folk-Carols.  Sharp also married the words to the melody we now know.

The holly’s bright red berries were identified with the Blood of Christ and its sharp leaves with the Crown of Thorns and the Ivy was said to represent the purity of the Virgin Mary.  Versions of the song were sung during the Advent hanging of the greens in country parishes and were also popular with carolers and wassailers during the Twelve Days of Christmas. 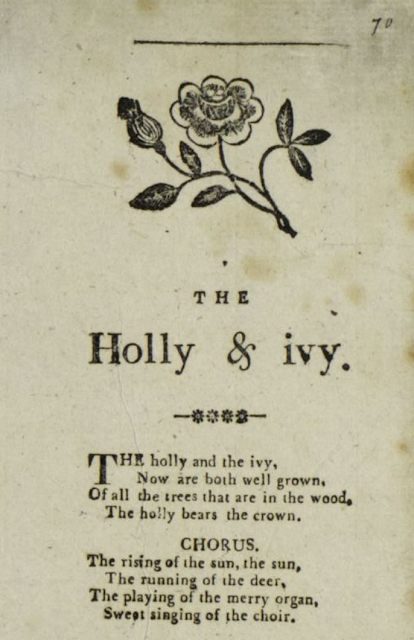 An early broadside of The Holly & Ivy.


The custom of decorating homes with greens around the Winter Solstice pre-dates Christianity.  The Druids apparently used the ever-green holly and in Roman Britain greens were hung for Saturnalia.  The Christian references in the song as we now sing it may have been grafted onto earlier pagan or rural versions that orally preserved the old traditions. 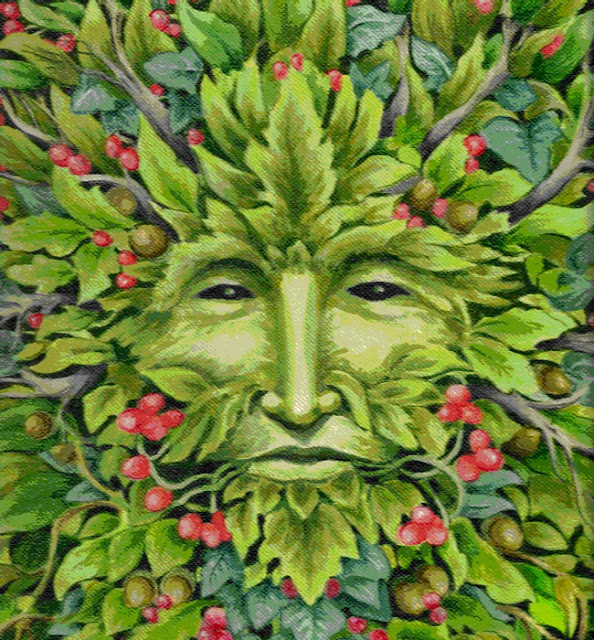 The Holly King whose effigy was burned at Winter Solstice to be replaced by the Oak King or Green Man, the ruler of the growing light.


The earliest recording of the song was collected by Cecil Sharp from Mrs. Mary Clayton, at Chipping Camden, Gloucestershire and can be found in the British Museum.  Sir Henry Walford Davies wrote a popular choral arrangement that is often performed at the Festival of Nine Lessons and Carols and by choirs around the world.

In addition to choral presentations, many artists have recorded versions of the song.  None are lovelier than the rendition of Anne Lennox, the classically trained contralto who gained fame as one half of Eurhythmics.  Until Adelle she was the “the most successful female British artist in UK music history.” As of 2008, including her work with Eurythmics, Lennox had sold over 80 million records worldwide. She has been named the Greatest White Soul Singer Alive by VH1 and one of the 100 Greatest Singers of All Time by Rolling Stone.  In 2012, she was rated #22 on VH1’s 100 Greatest Women in Music. At the 2015 Ivor Novello Awards, Lennox was made a fellow of the British Academy of Songwriters, Composers and Authors, the first woman to receive the honor.

In addition to her career as a musician, Lennox is also a political and social activist, notable for raising money and awareness for HIV/AIDS as it affects women and children in Africa. She founded the SING Campaign in 2007 and founded a women’s empowerment charity The Circle in 2008. In 2011, Lennox was appointed a member of the Order of the British Empire (OBE) by Queen Elizabeth II for her “tireless charity campaigns and championing of humanitarian causes.” 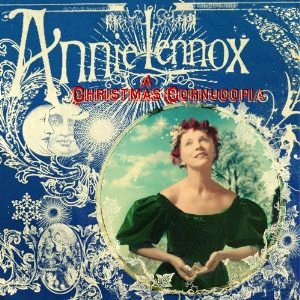 Annie Lennox's 2010 album A Christmas Cornucopia is a modern classic and one of the greatest holiday recordings of all time.


Lennox considers herself an agnostic and became a vegetarian at age 29.  Her work, especially on her 2010 album A Christmas Cornucopia which included The Holly and the Ivy shows, distinctly pagan influences, a common tendency of feminists interested in the environment, justice, and the divine feminine.