It Came Upon a Midnight Clear—Murfin Winter Holidays Music Festival

It Came Upon a Midnight Clear sung by Mahalia Jackson.

In churches around the world this evening announcement carols will be central to the services.   Many are bold and glorious whether sung by massed choirs or by congregations who know them by heart.  Adeste Fideles (O Come All Ye Faithful) and the Hallelujah Chorus from Handel’s Messiah are two of the grander examples.  Although there are plenty of others in Christmas song books, my personal favorite is much more modest.

It Came Upon a Midnight Clear is one of the oldest and most beloved of American Christmas carols.  It also never mentions the Christ Child but instead is all about the announcement that the angles made to the shepherds.  It was a not-so-subtle message for Americans who had just concluded a war that the author considered horribly unjust and immoral. 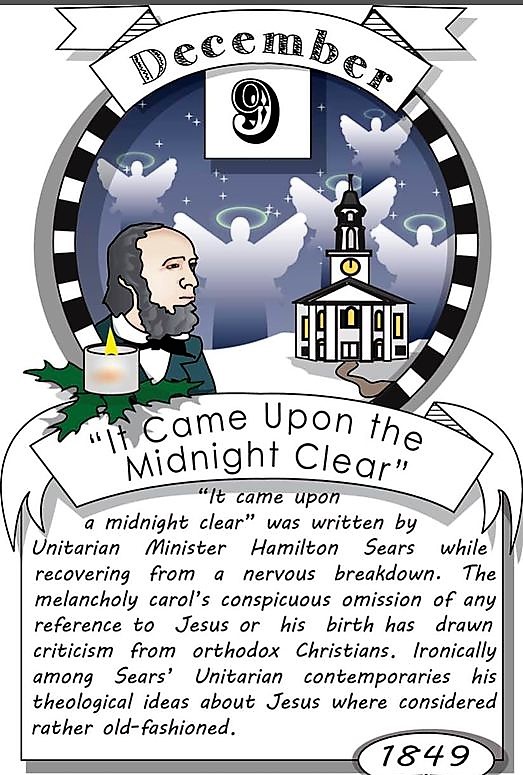 Rev. Edmund Hamilton Sears was the minster of the Unitarian Church in Wayland, Massachusetts in 1849.  It was a small congregation and a not-very-important-pulpit in the insular world of New England Unitarianism.  But like many of his peers Sears had been an ardent opponent of the just concluded Mexican War.  He considered it indefensible land grab by a powerful nation against a weak one.  It also had ramifications for his opposition to slavery.  The most voracious War Hawks intended the newly conquered lands to eventually enter the Union as slave states and thus swing the balance of power in the nation permanently to the South.  And like other Unitarian ministers, the war confirmed Sears in a growing pacifism.

The war had concluded with the Treaty of Guadalupe Hidalgo signed in February 1848 and ratified by the two nations by that May.  Under its terms Mexico lost nearly half of its territory including all or parts of the future states of California, Nevada, Utah, Arizona, Kansas, Colorado, Oklahoma, and New Mexico.

It was still weighing heavily on Sears’ mind when his friend Rev. William Parsons Lunt of First Parish Church in Quincy, Massachusetts asked him to write something for a Sunday school pageant.  Sears played and sang the song to friends and parishioners in his own parlor on Christmas Eve of 1849.  It isn’t known to what tune it was sung. 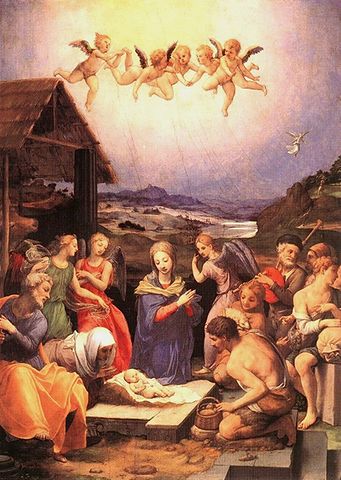 The angels on high announced "Peace on Earth, Good will toward men to the Shepherds who became the first to adore the infant in the manger.  But the song is about the angle's message, not the baby.


Sears ever after called carol his “little angels song.”

The next year Richard Storrs Willis, a composer who trained under Felix Mendelssohn, wrote the melody that quickly became most widely known tune to the song used in the United States.  With that tune it was added to the hymnals of not only the Unitarians, but Universalists, Episcopalians, Methodists, Lutherans, and most other Protestant denominations.

But in England and the Commonwealth nations It Came Upon a Midnight Clear is sung to a melody called Noel by Sir Arthur Sullivan of Gilbert and Sullivan fame.

My church, Tree of Life Unitarian Universalist Congregation in McHenry, Illinois has a connection to the hymn through his decedents Whit Sears, a beloved elder; his daughter Heather Madaus, our Director of Religious Education; and her three children. 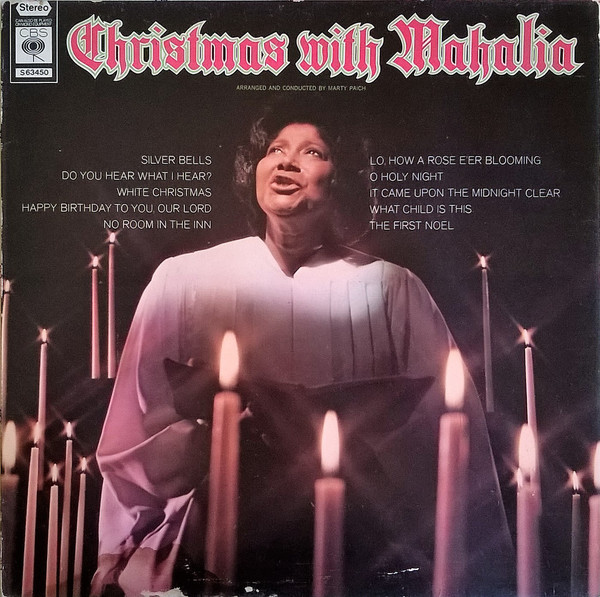 There are several Mahalia Jackson Christmas LPs and various repackagings.  Her It Came Upon a Midnight Clear was included in her 1969 CBS album.


Many wonderful versions have been recorded, notably by the ubiquitous Bing Crosby and Ella Fitzgerald, but we have heard from both this season.  Tonight we will enjoy the powerful gospel voice of Mahalia Jackson recorded at the peak of her considerable powers in 1968.

Posted by Patrick Murfin at 6:38 AM