Today’s 6th night of Hanukkah song may come to a surprise to many.  It was penned by a non-Jewish Okie—Woody Guthrie, the American folk music icon and radical activist.

When Nazi Germany invaded the USSR Guthrie and the other members of the loose collaboration of musicians known as the Almanac Singers had to pivot on a dime and abandon their earlier anti-war pacifism and become anti-fascist/anti-Nazi.  In songs like The Good Ruben James about an American freighter torpedoed and sunk by a U-boat Guthrie and his pals tried to whip up public sentiment to enter the war.

When the U.S. finally did get in the fight after the attack on Pearl Harbor Guthrie joined the Merchant Marine with Almanac pals Cisco Huston and Jim Longhi.  He shipped out in trans-Atlantic convoys during the Battle of the Atlantic until the government yanked his seaman’s papers for being a “premature anti-fascist” and probable Communist. 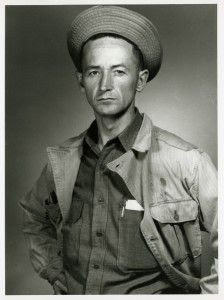 Woody Guthrie in his Army fatigues in 1945.  The rebellious Okie was not a very good soldier.

Beached, he was drafted into the Army in 1945.  Entering the service late in the war as an over-age private, Guthrie never got overseas and his deep natural anti-authoritarian streak made him a bad soldier.  He spent most of his time on KP.

But he did make it back to New York from time to time on leave.  He had divorced his first wife Mary Etta Jennings and soon took up with Marjorie Mazia, the former principal dancer in Martha Graham’s famous troupe and a dance teacher.  They already had their first child together, Cathy, in 1943.  The couple wed on one of those leaves in 1945. 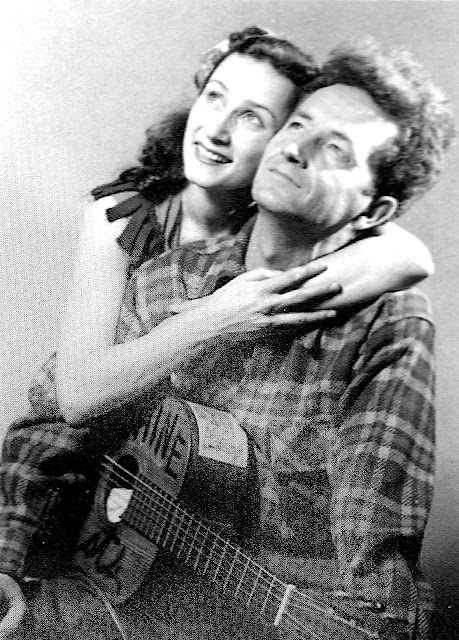 
Marjorie was Jewish and the couple settled in Coney Island, a working class neighborhood around the famous amusement park.  Guthrie became entranced with her religion and traditions learning from and collaborating with his mother-in-law, the Yiddish poet Aliza Greenblatt.  He also enjoyed playing on neighborhood stoops for the Jewish, Italian, and other immigrant children. 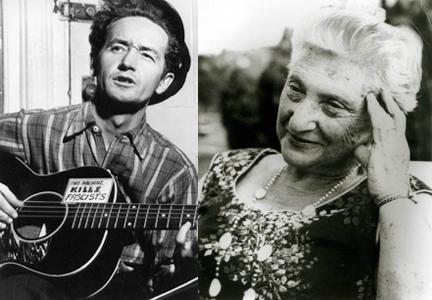 Woody learned much about Judaism and its traditions from his new mother in law, Yiddish poet Aliza Greenblatt.


During this time, he wrote several poems or song lyrics inspired by Judaism in his voluminous notebooks.  Among them was Happy Joyous Hanukkah.  It is unclear what melody Guthrie intended for the song, or if he ever performed it even for the local children. 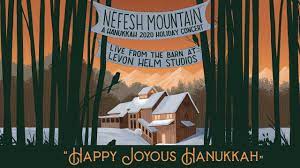 Years after her father’s death Nora Guthrie, Marjorie’s daughter and Arlo’s sister began to curate Woody’s notebooks and launched a project to give the unpublished songs in them new life by asking contemporary musicians to put them to original music in a wide variety of genre.  It was included on the album Live From Levon Helm Studios: A Hanukkah Holiday Concert and recorded by Nefesh Mountain, a bluegrass and old-time band with a Jewish perspective who added traditional fiddle tunes between verses featuring the group’s founders, and husband and wife, Eric Lindberg and Doni Zasloff, with Alan Grubner on violin, Maddie Witler on mandolin, and Max Johnson on bass.